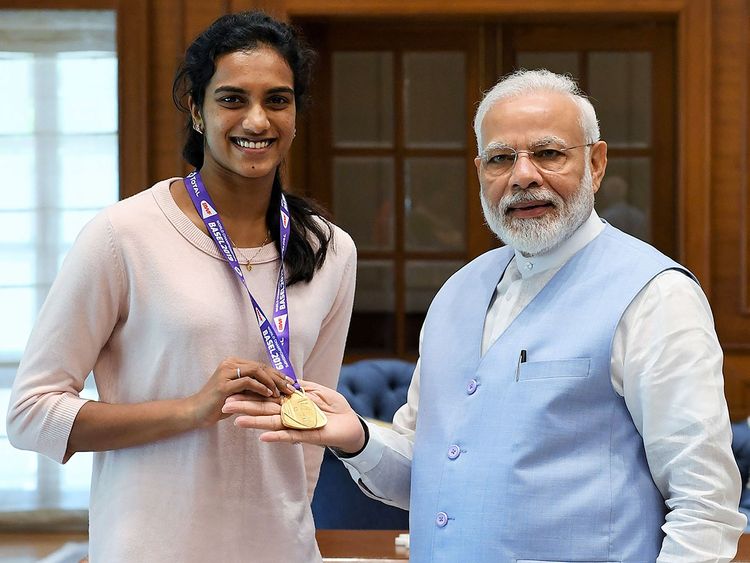 An ardent devotee of Lord Venkateswara, Sindhu was on a thanksgiving visit to the ancient temple after becoming the first ever Indian to win the world title at the championships held in Switzerland on Sunday.

The 24-year-old ace shuttler accompanied by her parents arrived at the sacred Tirumala Hills on Thursday evening after offering prayers at the Goddess Sri Padmavathi temple in Tiruchanur near here, a temple official told PTI.

After overnight stay on the hills, she visited the Lord Venkateswara shrine paid obeisance to the presiding deity Friday morning, the official said.

Later, speaking to mediapersons, Sindhu said she was on a thanksgiving visit after winning the world championship title.

With the divine blessings of Lord Venkateswara she would continue to excell in future also, she added.