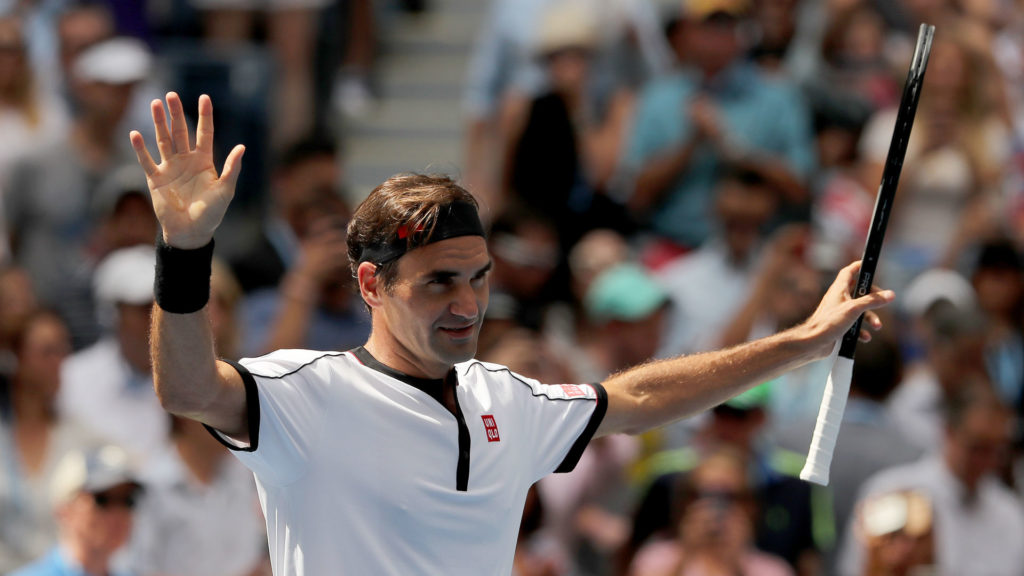 Nobody, not even 5-time US Open champion, Roger Federer himself was expecting a match so one-sided against David Goffin in the fourth round of the US Open 2019. The 28-year-old Belgian seemed to be making a fast start when he broke Roger to lead 2-1. But soon after, the Swiss great won six games in a row to dictate the rest of the match. The 15th-seeded Goffin was left flabbergasted as Roger fired 10 aces and 34 winners in a matter of 79 minutes.

It was entirely one-way traffic since then in the fourth round encounter between the Swiss and the Belgian. Goffin only managed to win 4 games in the match and had to go home with a bagel set too.

The third seed won the match decisively in 6-2, 6-2, 6-0 and showcased a fiery form whilst setting up a date with the Bulgarian star, Grigor Dimitrov. Labeled as ‘Baby Fed’ because of their similar playing style, Dimitrov had once been ranked third but has now plummeted to 78 in the list.

Dimitrov isn’t enjoying the best time in his career for the last couple of years. In fact, nobody could have predicted his ticket to the second week of the US Open. Still trying to find his magic, Dimitrov has been playing inconsistently.

So far he hasn’t had to play any seeded player at this tournament and the second-round meeting with 12th seed Borna Coric was also left incomplete due to the Croatian pulling out of the match. This makes Dimitrov’s job incredibly difficult especially when faced with an opponent like a resurgent Roger Federer.

The 20-time-Grand Slam champion has little to worry if he continues with his jaw-dropping form that he displayed against Evans and Goffin. Roger has a good 7-0 head-to-head lead over Dimitrov, with 6 of those being on hard courts.

Dimitrov has given satisfactory performances so far in this tournament but none has been mesmerizing so far. He dropped a set to Andreas Seppi in the first round. Even in his straight-sets win over Kamil Majchrzak, his struggle in the first two sets was evident.

Roger should have the match under control and head for the semi-finals of the tournament. The Swiss great, in his 13th US Open quarter-final, should be producing the quality tennis we have seen of him in the last two matches. It will be difficult for Dimitrov to harm Roger much but the Bulgarian can be unpredictable too. For all we know, it will be another routine outing for the 38-year-old Roger as he eyes a sixth title at Flushing Meadows.

Live Stream details for US Open 2019

US Open 2019 live stream is available on Tennis TV (a subscription is needed for the service).

It will also be streamed live on hotstar.com.

The US Open YouTube channel will showcase the behind-the-scenes moments of the tournament and highlights.