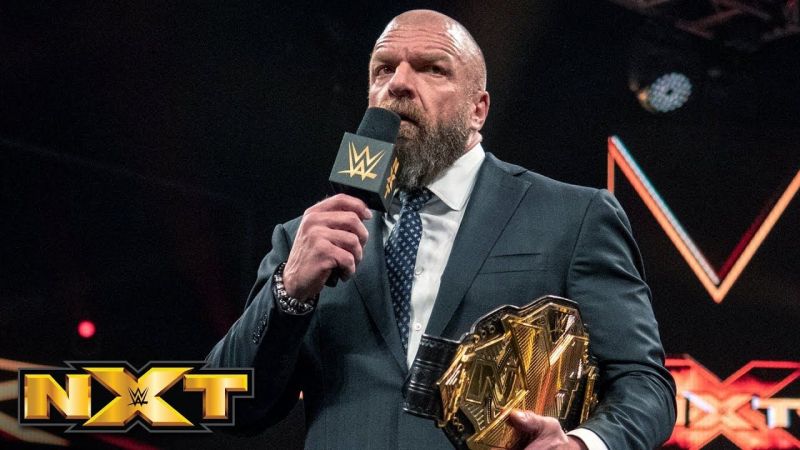 Triple H reveals if he plans to join the NXT roster

NXT is set to become a two-hour weekly show on the USA Network on September 18, which means the brand’s roster will inevitably increase in size over the next few months.

Triple H, the mastermind behind NXT, usually competes in 3-4 matches per year at WWE pay-per-views and at live events, but he has never stepped foot in a ring for the black and yellow brand.

Speaking to talkSPORT, the 50-year-old admitted that he wants to compete in NXT when he feels the passion of the crowd at events. However, he is too busy working with talents on a daily basis and believes he “couldn’t hang” with NXT’s current stars.

“Trust me, there’s almost a day that doesn’t go by where I don’t get a text from somebody on these rosters who go ‘what if…’ or ‘what if Shawn [Michaels]…’ or ‘what if you…’ and that’s flattering, I understand that. Look, I watch what they do – I couldn’t hang! Not even in the ballpark anymore.”

He added that a “beautiful thing” about the wrestling business is that legends can return and compete every now and again, but he does not believe NXT’s roster needs the likes of himself and Shawn Michaels as in-ring competitors.

“Truth is, this brand is more about the youth and the next level than it is the yesterday. We’re looking forward to be progressive, not live in nostalgia.”

Triple H defeated Batista at WrestleMania 35 in April before losing against Randy Orton in another all-Evolution match at Super ShowDown in June.

Since then, “The King of Kings” has won two tag team matches during a live event in Tokyo, Japan, but he is currently without a storyline on Raw or SmackDown.

If he is not involved in a match at the upcoming Saudi Arabia event in November, expect his next encounter to come in 2020 at WrestleMania 36.