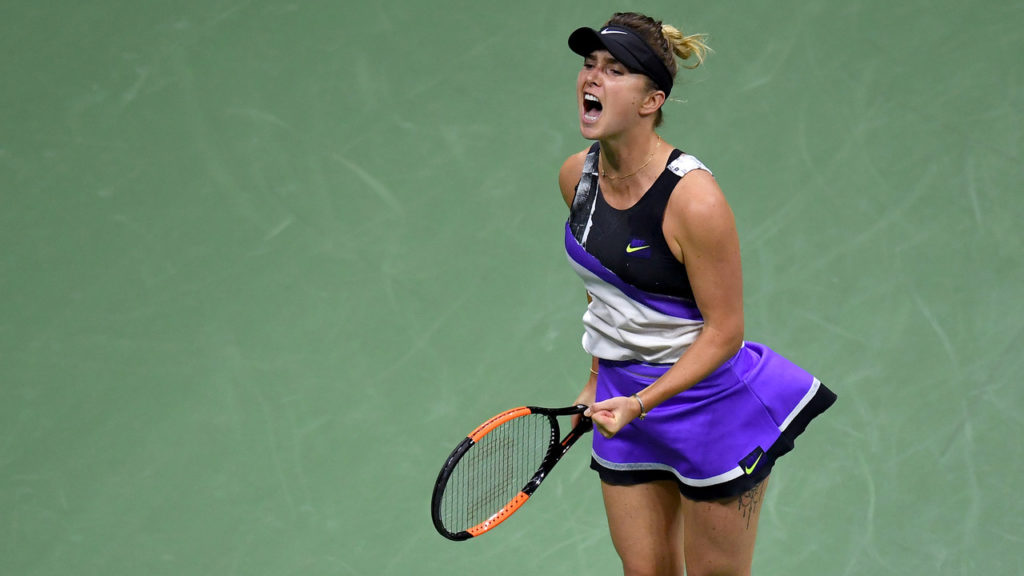 The ladies quarter-finals at the US Open 2019 kicks off with an enthralling clash between fifth seed Elina Svitolina and 16th seed Johanna Konta. On paper, the Ukrainian is the favourite to come through this duel, being the higher seed and also due to her 3-0 lead in their head-to-head record.

But a closer inspection of their matches shows the quality of fight that the Briton has been able to put up against Svitolina. Except for their last showdown, each of the other two matches has gone the distance. In fact, Konta was not even able to finish one of them and retired in the third set of their Brisbane 2018 clash.

The 28-year-old has been able to make good starts against Svitolina but has slowly faded towards the finish line – a trend that’s very visible in their matches. That is what Konta has to change if she wants to record her first-ever victory over the WTA Finals champion.

If anything, Konta’s marathon win over the third seed Karolina Pliskova proved that she is hungry and determined. The third set scoreline in her 6-7(1), 6-3, 7-5 win should erase whatever doubt any tennis fan had regarding her nerves under pressure.

She should be fired up and looking to continue that momentum against Svitolina. However, that is easier said than done. The fifth seed has been thoroughly dominant at the Flushing Meadows this year. Even in her face-off with Madison Keys, where she was supposed to be troubled, she served and moved well to finish the match in straight sets.

Not having conceded a set so far should put her at an advantage in terms of energy and freshness. In contrast, Konta will be coming into this match after a 2-hour, 20-minute classic against Pliskova. Svitolina has also had a very consistent season as far as her Slam performances are concerned. She made the quarters at the Australian Open and backed it up with her maiden Slam semi-final appearance at the Wimbledon Championships.

The loss in London should motivate her to keep going this time and try and aim for a Grand Slam final berth for the very first time in her career.

Konta has all the tools to make it a difficult encounter for Svitolina but considering her form and her confidence, the latter should be expected to continue her journey in New York.

Live Stream details for US Open 2019

US Open 2019 live stream is available on Tennis TV (a subscription is needed for the service).

It will also be streamed live on hotstar.com.

The US Open YouTube channel will showcase the behind-the-scenes moments of the tournament and highlights.