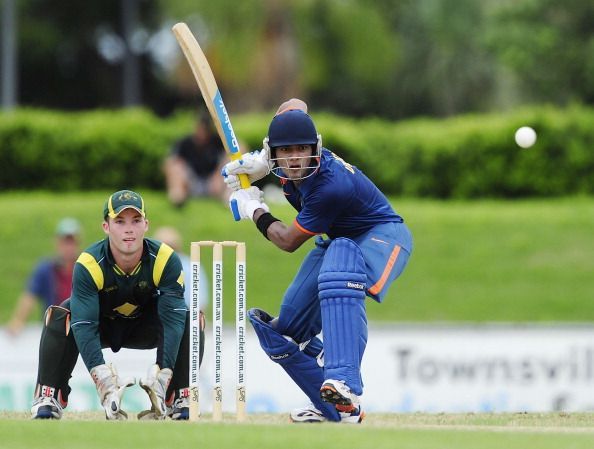 India’s under-19 World Cup-winning captain, Unmukt Chand has parted ways with the Delhi team after recently announcing that he would be playing the upcoming domestic season for Uttarakhand.

Unmukt Chand, a local boy from Delhi had won the under-19 World Cup for India in 2012. Unmukt Chand sent out a tweet earlier today stating that he will move to the Uttarakhand team.

In case you didn’t know…

Unmukt Chand has been a well-known face in the Indian cricketing circuit, especially after his performances in the under-19 tournaments. The 26-year-old lad from Delhi made his first appearance for Delhi in 2010. Owing to his success in domestic cricket, Chand became the captain of India’s under-19 squad, which took part in the ICC U-19 World Cup in 2012.

He performed at his best and also won the competition for his nation. He made his first IPL appearance for Delhi Daredevils in 2011 but couldn’t grab his chances. Chand’s continuous failures led to his exit from the IPL.

The right-handed batsman has so far played 60 first-class matches and has scored 3184 runs at an average of 34.23 whereas he has featured in 114 List A games, scoring 4248 runs at a healthy average of 40.84, including 7 centuries.

The heart of the matter

Unmukt Chand penned down a heartfelt message which read,

“The journey from colony parks to the celebrated Ferozshah Kotla has been very special but then we are too ordinary to be having control over the plans of the divine existence.”

Chand thanked Delhi and District Cricket Association (DDCA) and also wrote that he is excited for his new role in the Uttarakhand team.

“It also feels great to be getting an opportunity to be representing Uttarakhand, the state I have a deep connection with. The challenges of setting up a new unit of fresh talented players excite me and it feels great to contribute towards it.”

It would be interesting to see how the batsman performs for the Uttarakhand side in the 2019-20 season. At 26 years of age, he still has a lot of cricket left in him and could yet carve a niche for himself.